Anatomy of a Belief System by Alina Frank 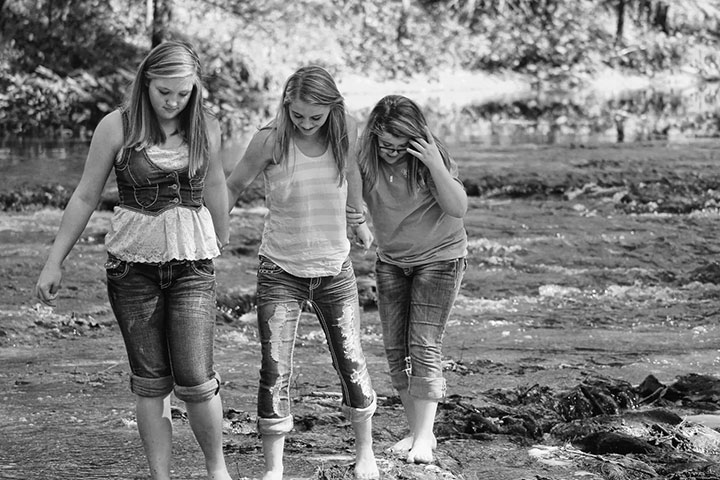 I was about 11 years old when I learned that people don’t want to see the truth. It was summer and my family had a vacation place in the FL Keys. One evening I was hanging out with a group of friends and we decided to go to the pier. When we got down to the end there were a group of older boys smoking pot. I don’t recall ever smelling it before but a friend told me what it was and we were distressed – after all it was illegal. Trying to avoid any problems we left immediately.

As we approached the entrance to the pier passed a group of older women going the other direction heading towards the boys. I stopped and said, “You might not want to go to the end. Some potheads are down there getting high.”

10 minutes later we are hanging out at the community center when I hear this woman yelling at me. She was accusing me of spreading rumors about her son who happened to be one of the boys. And so began my attempt to stifle my voice.

I’m 17 years old and working in a jewelry store at the local mall- the same mall where the cocaine cowboys had their famous shootout in 1979. It’s a fascinating time in Miami and as a teenager I enjoyed the craziness and adrenaline. What I remember about working there were the times we’d actually have a drug lord come in to purchase the biggest most gaudy pieces… always two mind you, one for the wife and another more expensive piece for his mistress.

My manager was a sweet woman who was engaged to the manager of a shoe store just down row. One day my best friend comes by to meet me for lunch. When we get to the food court she proceeds to tell me all about a hot guy who just gave her his phone number. I realized that it was my manager’s boyfriend!

I told my friend who this guy was and we both sat there stunned. The next day I’m working with my manager and decided if I were in her shoes I’d want to know so I told her. She was adamant that it never happened. Later that day her boyfriend, who must have been waiting for the right moment, followed me to my car and threatened me. I don’t recall what he said exactly but having an adult male raging at me I know I was terrified. And another trauma related to my theme of “don’t tell people the truth or you’ll get hurt in some way”.

Thank God I found EFT and was able to reverse that! Now you can’t shut me up when I see blatant falsehoods, racist comments, or just fake news spread by friends or family members – I’m also a much happier and healthier person.

These were just some of the events that I uncovered when I started the EFT personal peace process nearly 15 years ago. More on the aftermath and side benefits of working through this pattern later.