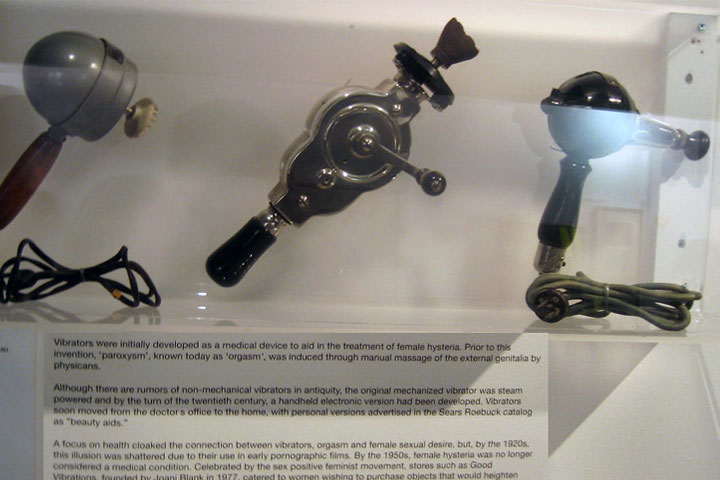 When I first started specializing in working with individuals who suffered from sex and intimacy challenges using EFT in 2008 I often spoke to audiences about a term referred to as “female hysteria” (FH). In case don’t know what that is and what it’s connection is to modern psychology, there are many books on the topic but let me offer you a brief summary. For centuries, female hysteria was given as a medical and or mental health diagnosis that was assigned to any behavior in women that was deemed unnatural by the male medical establishment. Symptoms of FH in the Victorian era were described in ways as varied as depression, a fondness for writing, infertility, a swollen abdomen, chest pain, shortness of breath, difficulty swallowing, cold extremities, tears, excessive laughter, behaviors like stretching and yawning, delirium, a strong driving pulse, and even abundant and clear urine.

The term hysterical comes from the Greek word “hysteria” meaning “uterus.” Currently we often refer to something that is hysterical as something that’s incredibly funny. It also describes someone who is having an “excessive” emotional reaction. “Hysteria may not be a valid psychiatric diagnosis today, but it is a good example of how concepts can emerge, change, and be replaced as we gain a greater understanding of how human beings think and behave”, says Kendra Cherry.

In the years I worked with female clients on their inability to be intimate or to feel safe having sex, there was always one common thread – the battle between the brain and the body. Nothing gets you in or out of your body into dissociation faster than sex. For some, even the word sex filled them with disgust or terror. Some clients needed to learn or relearn about their anatomy so they could feel comfortable experimenting with pleasure, to ask their partners to do this or that, and to allow themselves the time and space to receive it.

Female orgasm is rarely accurately described or portrayed, especially in our American culture where it all seems to come through the lens of men’s titillation and often through pornography. A friend recently introduced me to a very interesting video art series that explores ideas of hysteria, female orgasm, sexuality and culture and the brain-body struggle capture beautifully in a black and white photographic lens. The project is called Hysterical Literature by Clayton Cubitt and it has been watched over 90 million times on YouTube in over 200 countries. I found it to be a safe way to show women what female orgasm looks like without nudity or other elements that could be very triggering. Check it out here http://hystericalliterature.com/about

There’s just so much rich tapping material around sexuality, intimacy, pleasure, orgasm…many don’t even know where to start. Here are some suggestions:

I also suggest that you pick up a copy of my book, How to Want Sex Again, that you can use as a roadmap to work on these issues and expand your ability to feel good in your own body.