How To Stop The Cycle of Compulsive Hoarding After A Divorce 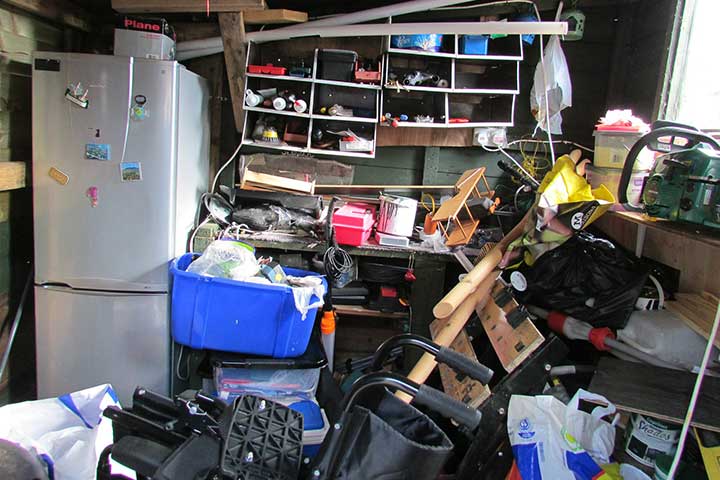 In the United States, there are over a million people suffering from pathological hoarding. Many may not accept this fact but compulsive hoarding is real and some of the sufferers are those who have had broken relationships—may it be with a boyfriend/girlfriend, spouse, familial relations, etc. It seems people who experienced heartbreak turn their attention to collecting things to replace the love that they have lost. However, they have to decide when to end it and stop a behavior that often tears families apart further.

There are TV shows and documentaries about hoarders who kept piling and piling up stuff in their house. Because of this obsessive compulsive disorder, people who suffer from compulsive hoarding do not realize that they have been hiding from the world outside, literally and figuratively.

Clinically, compulsive hoarding is difficult to treat, but by using EFT on the underlying causes, the result may well be a release from the need to hoard.

I had a client come to me after her relative informed me that she was worried about my her situation in which she was living under a mountain of junk. My client said that she had she had been hoarding things for years, thinking that she would need those things in the future. Hoarding and storing things created a safe haven for her and relieved her anxiousness and stress.

I asked my client to identify the time when she felt unsafe and she confided that she was sexually abused as a child.

During the EFT sessions, I helped my client get over the emotional pain of her relationship from abuse and worked on her letting go of the things which she thought provided safety for her. After 3 sessions, Susan was able to clean and organize her apartment, donate useful things and throw away those things which were junk. She learned when to end it—her compulsive hoarding.

I had another client who called me and told me that she could not leave her childhood home and move into a new city. She was overwhelmed by the fact that moving to a new city also meant cleaning her childhood house. Her house had tons of stuff everywhere. We went through different fears and one issue that surfaced was that some of her items belonged to her deceased father whom she loved dearly.

After a few weeks, my client removed the stuff she’s been hoarding in her childhood house and she has now embraced a new place, a new job, and a new city. She was free of the emotional burden she carried for years that had that resulted from her losing a father.